Neither This Nor That

Indonesian socialism, as told by Bung Karno, is neither like Soviet Union nor China nor Yugoslavia nor Egypt, it is like nobody else. If it is only about neither this nor that, perhaps it is not socialism at all, said Njoto the communist.

That was about socialism, now let’s talk about Pancasila. Pancasila state is not a religious state, neither is it a secular state, said Prof. Dr. N. Drijakarja back in 1959. How do we understand it? It is not secular, since the state still recognizes and gives place to religions. It is not religious state, since it is not founded on a certain religion.

According to the guidelines of state policy, economic democracy is neither free fight liberalism nor etatism nor society-harming monopoly. OK, then which one is it? The socialistic, religious one, as pointed out by Soeharto during the 25th Anniversary of Universitas Indonesia. So is Pancasila Democracy, it is neither liberal nor guided nor dictatorship, it solves the national issues by deliberation and consensus.

Religion conflict is definitely not right. The right one is when religions living in harmony. But don’t mistake it for syncretism, said the minister of religion Mukti Ali. Because, syncretism is trying to jumbling all kinds of religion. They have their own history. They are also bound by their own laws. To synthesize them? Isn’t that just a work of grabbing here and there? Useless!

Recently there is another newly-emerging “not”. Modernization is not westernization, said Prof. Dr. Kuntharaningrat. This “not” should be announced because it turns out many people do not know about this. They thought wearing hats in the evening is a sign of modernization. Or drinking beer. Or not showering for 3 days straight. Or speaking in yas yes yos language. Or farting in public.

In fact, modernization is about shifting our mentality, a voluntary effort to save ourselves from the current condition. So we would not walk diagonally when the others walk forward. Borrowing C. Kluckholn’s concepts, there are five signs of modern people: positive outlook on life – high work orientation – forward-looking – passionate for nature – indivindualistic.

For a fancier recipe, we can learn from Alex Inkeles. According to this modernist from Harvard, there are 9 signs: open to change – opinionated about issues in their surrounding – forward-looking – having a planned and organized life – creating their destiny, not merely living their fate – appreciate their and other people’s lives – value science and technology – believe that effort equals results – distributive justice.

We do not need to wholly swallow them. Religious and family values need not be shifted. But we do need to shift  our work orientation and pure discipline values. Forward-looking, thrifty, advocating nature, high appreciation towards individual initiative. These values need to be fostered. What about mutual cooperation? If it is an idea that human’s life is merely a small element in the giant cosmos, then it’s okay. But if it means enslaving the people while kicking their butt, then no.

This is the voice of Indonesian anthropologist. We’ve heard about astrologer, but anthropologist? It’s understandable, wrote Clyde Kluckhom in Mirrof of Man, 1961. His concept was followed by Koentjaraningrat. They are considered simply as skull-measuring weirdos, collector of potteries that even a junkman would not touch, ridiculous gravediggers, love dating slaughterers, never stop looking for the missing link until their feet are numb, pondering why the Chinese were not fond of milk, investigating everything until their eyes become blurry. In short, anthropologists are considered as the only creature that values Indian clay pot and Beethoven’s sonata equally.

As a matter of fact, anthropologists works are not really that odd. They try to put a scientific basic to the complex world’s problems. Why people with different background, level of knowledge, and way of life can live together in harmony, not trying to kill each other. As a proof, Prof. Dr. Kuntjaraningrat have presented the problems that is not less important than State Budget, whether we agree or not. And the other evidence, Stuart Chase’s, the writer of The Proper Study of Mankind, comment on Clude Kluckhom work: If only all statesmen and stateswomen in the world deeply contemplate what is written in Mirror of Man, then everyone, without doubt, will be able to sleep soundly. 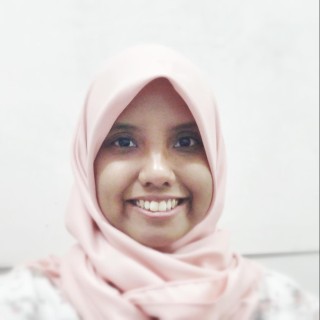 50% centaur with a pair of bunny teeth

Back to top
Lala's Random Thoughts
Create a free website or blog at WordPress.com.